Bushwalking the Vale of Avoca Loop

Bushwalking the Vale of Avoca Loop 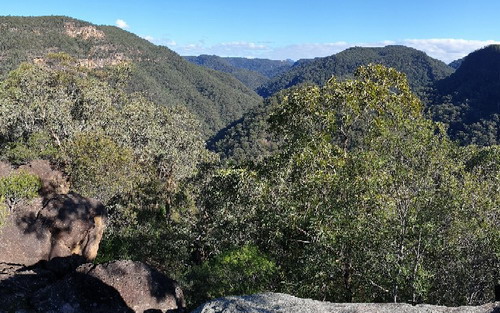 If you are after a shortish Hawkesbury bushwalk that gives you outstanding wilderness views this is the pick.  There are a few hill climbs involved but really its pretty cruisy - take your time at the lookouts and enjoy the bush.  This area was not impacted by the recent fires so the bush is in fabulous condition.  Keep an eye out for some magnificent mature angophora trees (or Sydney red gums) on the walk.

The lookouts into the Grose River Gorge are unfenced so be sensible when exploring the rock shelves or trying to get that epic Insta shot.  Also the route and track is unmarked but by carefully following the instructions below you'll have no problems.

Kick your day off by having a coffee in the village of Kurrajong.  It's then a very scenic 10 minute drive out to Cabbage Tree Road at Grose Vale. 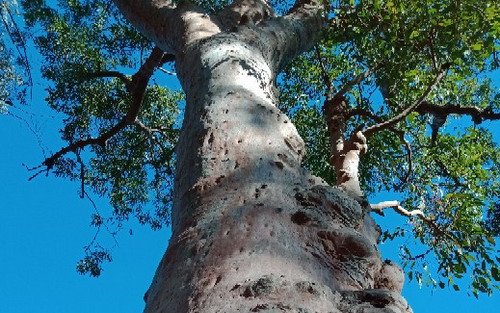 Cabbage Tree Road eventually becomes dirt and you'll reach a gate and National Parks signpost.  Sometimes this gate is locked particularly after wet weather or if the road is in poor condition.  There are places around the gate that you can park your car.

The Vale of Avoca has been a popular picnic spot and lookout for a long time - even in the 1860's the inspiring views were being described by enthusiastic visitors in the Sydney Morning Herald.

The name Vale of Avoca is Gaelic in origin and its comes from County Wicklow in Ireland. Vale means valley in Gaelic whilst Avoca is said to mean 'meeting of the waters' or 'great river'. Peering out from the lookouts you'll get why they called it this. 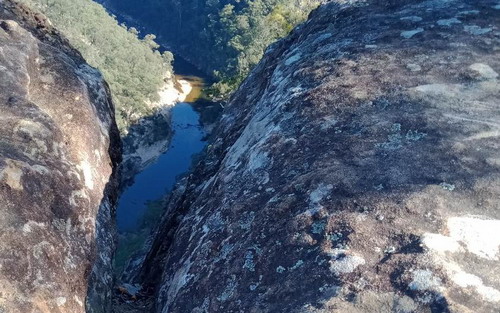 1. Head to the end of Cabbage Tree Road at Grose Vale.  Park your car near the locked gate and National Parks sign.

2. Head gently up the hill on the main dirt road for 500 metres ignoring a small firetrail on the left.  After 500m a more substantial trail comes in from the left.  Turn here passing a pile of barrier boulders and a sign saying Water Board Firetrail.

3.Follow the flat trail for 500 metres.   Eventually come to a sandy stretch where an obvious secondary trail comes in from the right.  Ahead you will see the main trail going up a hill.  Don't go along the main trail unless you want to detour to the Grose River (this steep detour will add 2 hours return to your trip).  This is worthwhile but will add considerably to your bushwalk and is suited to more experienced walkers.

4.Turn right along the secondary trail and after 300 metres you will come to a clearing. At this 4 way intersection you want to head uphill to your left.  It looks a bit eroded but it's an easy 10 minute detour to the first of the amazing lookouts into the Grose Gorge.  From the unfenced lookout get a clear view of the Grose River 400 metres below as well as unobstructed views to the cliffs of Grose Head South.

5.Return to the intersection but this time you want to head west up the forested hill on a foottrack.  Ignore the other foottrack heading south down the creek.  The track soon becomes very obvious and pleasantly climbs the ridge in front of you.

6.The track eventually emerges at the official Vale Of Avoca Lookout.  Another unfenced one so spend time exploring the various rock outcrops.  This time the views extend up the Grose Valley as well as down into distant Cabbage Tree Creek.

7. Leaving the lookout area rejoin the obvious firetrail that heads downhill for 1.5km back to where you left your car.

Here's a map of the walk that might be helpful!