Is this iconic Windsor building haunted - you decide? 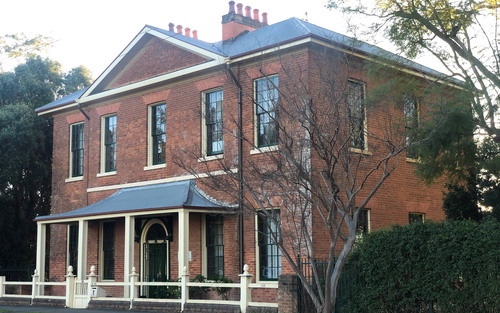 It's 8pm and I'm parked opposite the park in Moses Street, Windsor waiting to pick-up a friend who is at footy training.  It's one of those freezing evenings when the fog is rolling in and the lights from the oval are barely cutting through.  Behind my car is St Matthews Anglican Rectory and its looking seriously eerie in the poor light.  The Rectory is a private residence - not that I want to go and explore but it's not looking inviting.  I pump up the car heating, turn the radio up and lock the doors - I'm beginning to spook myself out!

Later that week I pop into the local Hawkesbury Regional Museum and discover several locals and occupants of the Rectory over time have claimed to have experienced ‘weird sounds suggestive of a ghost’, cutlery being moved, footsteps on the stairs and even the ghost of Samuel Marsden himself.

St Matthews Anglican Rectory Windsor was built in 1824 and is a two storey Georgian building with an ornate central front door, a semi-circular fanlight and carved wooden cornice. At the end of the central hall, a staircase curves up the semicircular wall. 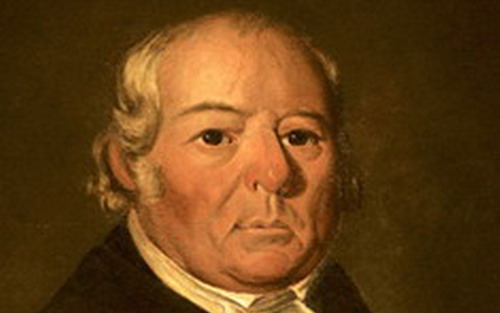 Reverend Samuel Marsden arrived in the colony of NSW in 1794. In 1800 Marsden succeeded Reverend Richard Johnson and became the senior Church of England chaplain in New South Wales, a post he would keep until his death. During this time he was also a Magistrate and made seven voyages to New Zealand as a missionary.

Samuel Marsden was known to be often ‘out of temper’. It is claimed he inflicted severe punishments of extended floggings, and has gone down in history as the notorious ‘flogging parson’. Marsden was visiting the  Rev. Stiles at Windsor, where he had gone in ill health for a rest, when he died at the Rectory in the middle of the night on May 12, 1838.

But it seems that one hundred and fifty years later he decided to reappear! Windsor antique dealer the late Alex Hendrickson had the shock of his life while he was walking past the rectory one night, when at the clump of trees besides the building he was confronted by the ghost of Reverend Samuel Marsden.  “It looked like a figure dressed in dark robes. He had a very round face with what appeared to be a cruel look in his eyes”. 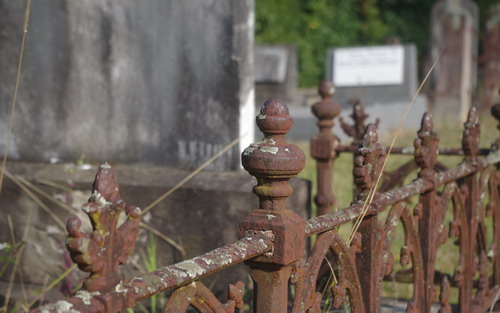 However, this was not the first sighting, Lorna Campbell, the daughter of the Freemans Reach School master, and her family took up a lease of the rectory in 1923 while the incumbent was overseas, tells personally of a similar experience. She reported lying terrified in her bed and hearing the footsteps coming up the stairs one step at a time on several occasions, and each time when she finally summoned up the courage to open the door and look, no-one was there. She said that she always felt it was Marsden because she knew that he had died there.

But it wasn’t just footsteps on the stairs but cutlery rustling in the drawer of the sideboard that was heard by Rev. Norman Jenkyn in the early 1900s. He also constantly heard the distinct sound of a person ascending the carved staircase one stair at a time, until they reached the top stair, but when he rushed out of his bedroom no-one was there.

But it seems Marsden is still not at rest and even more recently he was still seen lurking in the rectory. A long term resident of the rectory reported seeing the apparition of Marsden standing at the top of the ornate staircase on several occasions. He however wasn’t disturbed and put it down to one of the factors of  living in such an old historic building.