The RAAF is at the heart of Richmond 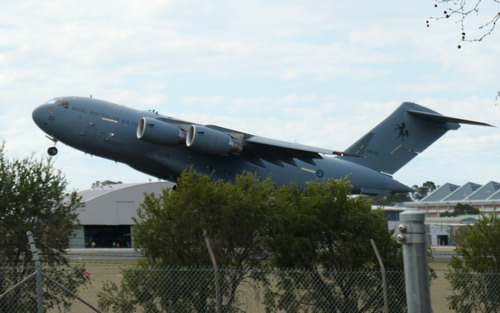 Every Hawkesbury local has a soft spot for the Royal Australian Air Force (RAAF) Base at Richmond. I remember being taken out to look at the planes as a young child in the 1970's.  It was a favourite family Sunday drive up the Windsor Road to marvel at the Caribous and Hercules rumbling along the runway.  I was always impressed with prospect of seeing the RAAF planes at Richmond but the extra bonus was the lukewarm can of Leeds lemonade promised when we got there.  Wow - and the pinnacle of excitement for this 5 year old was to attend one of the open days on the RAAF base itself.

Nowadays there is no public entry to the RAAF Base and the open days stopped many years ago due to security issues, however you can still see all kinds of aircraft coming and going most days of the week from Ham Common on the Hawkesbury Valley Way.  Keep in mind the aircraft don’t always fly, some days are relatively quiet and flying schedules are not generally made public.

Ham Common is a reserve running along a large section of the Hawkesbury Valley Way between Richmond and Windsor. A popular park, it's home to our  Hawkesbury Visitor Information Centre and the Valleyway Café which is gaining a reputation for amazing food. The park itself, has over two kilometres of off-road pathway which is used by walkers, joggers and cyclists. There is a skate park, exercise stations for those wanting to work-out and a fenced kid's playground.  You may know the playground from it's famous Fat Albert sculpture which was constructed decades ago to commemorate the relationship between the RAAF and the Hawkesbury community.

Richmond has a long history with aircraft. In 1911 William Hart, a dentist from Parramatta was the first man to get a pilot’s licence in Australia.  He set up an airfield at Richmond the following year where he kept and flew his pride and joy; a Bristol aeroplane. Unfortunately William crashed another plane, a locally built aircraft which prevented him from flying for several years. A private flying school was then set up during World War I and the NSW Government went on to set up its own flying school in 1915 to train pilots for the Australian Flying Corps and continued to do so until the end of the war.

The RAAF was established in 1921 and acquired the land at Clarendon in 1923. The RAAF Base Richmond was the first Air Force base to be established in New South Wales and the second in Australia. It was an ideal location, being close to road and rail links and within flying distance of the sea to allow for cooperation with the Navy.  From 1925 until 1936 the base was used as additional airport for Sydney and made noteworthy for Sir Charles Kingsford-Smith landing the Southern Cross after his trans-Pacific flight in 1928, and Miss Jean Batten landing her solo flight in the Gipsy Moth from England in 1935. During World War II, the base was utilised to train and prepare paratroopers, and then focussed on military aviation transport with the first Hercules appearing on site in the 1950’s.

Today the base is best known for being home to the C-130 Hercules medium transport aircraft - these reliable medium capacity aircraft can carry up to 20 tonnes of cargo or approximately 120 passengers.  The RAAF base also supports the Australian Defence Force, various humanitarian or emergency service duties and the NSW Rural Fire Service. The NSW RFS began using the base in 2014 for its air tanker operations. The NSW RFS’s own Boeing 737 is now permanently based at Richmond. 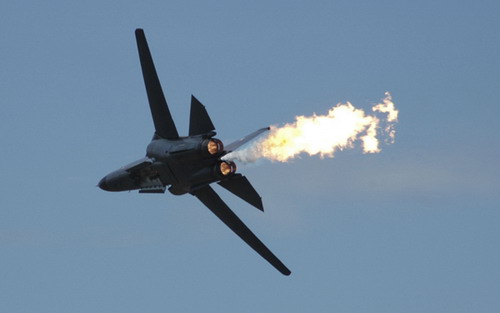 Other planes that regularly visit the base include the giant C-17A Loadmaster, the KA350 King Air transport aircraft, the AP-3C Orion, the E-7A Wedgetail surveillance aircraft and the new C-27J Spartan.  And at times the base plays host to the RAAF fighter jets doing exercises - when they are visiting the Hawkesbury you can't miss them as the jet engine noise is deafening!

So for something to do with the kids this school holidays a visit to Ham Common is a great option.  And for more information about the Richmond RAAF base or that airforce souvenir pop into the Visitor Centre Information and see what we have on offer.