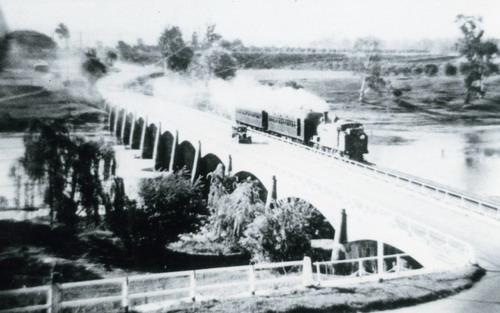 Driving between Richmond and North Richmond is a trip many people are familiar with.  But how many people realise that the stretch of road between the towns used to be a trainline.

The trainline from Richmond to Kurrajong was officially opened in November 1926 and for the next 26 years trains operated a regular passenger and farm freight service up to the foothills.

The Pansy (a two carriage train) travelled across East Market Street then beside Richmond Park along March Street.  After the train left the North Richmond Bridge it veered right and then crossed the main road where the Grose Vale Road lights are.

The carriages were open and had roll back seats.  There were racks up the top to carry your luggage.  Some carriages even had a toilet which was very high-tech back then.  In school holiday five carriages were put on to haul the holiday makers up to Kurrajong where they stayed at the guest houses in the area. It was a 35 minute one-way trip.

The line was unfenced and drivers had to keep a lookout for livestock that may have strayed from the local farms.  The speed on the line was 16 miles per hour (which is 26km).  Speed restrictions of 12 miles per hour were placed when the train went through the park and along March Street at Richmond.  During its 26 years there were only a handful of accidents and one fatality with a car at a level crossing.

The handful of stations along the line were very basic sidings and platforms.  The most elaborate station was the one at Kurrajong Village – sadly now gone (the original location is on the site of the local electricity substation).  However the station master's house can still be seen on the ridge above the station site.

Unlike today's rail service the train driver would stop anywhere!  So if you missed the train to get to school you could flag the train down and the guard would put the ladder down and you could jump on.  The Engine was a small old engine with a number starting with 20 and the coal was carried on the engine itself. 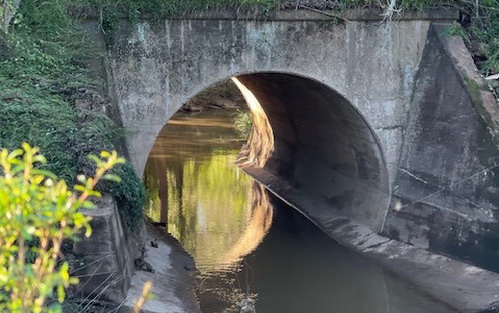 In June 1952 flooding rains resulted in the service being suspended.  Then more rain resulted in buckled tracks and landslides in the last cutting before Kurrajong.  Sadly the line was becoming more unprofitable and the decision was made by the Government to close the service.

Once the decision was announced it sparked a storm of protest from residents. Locals claimed rather optimistically that the slip which blocked the line could be removed by bulldozers in a matter of hours but the Government stood by its decision.

Over the years attempts were made to re-establish the line as a tourist railway. Much of the formation from North Richmond to Kurrajong still exists and still passes through farmlands and backyards.

The substantial Redbank Creek Culvert which took the line over Redbank Creek remains in good order and can be visited by following the public footpath that begins at the new Redbank housing estate (we suggest parking at Peel Park and following the 2km path that hugs the creek).  Historic features such as the Kemsley platform and the Kurrajong goods shed still exist (they were moved to the Australiana Pioneer Village at Wilberforce and you can still see it today). 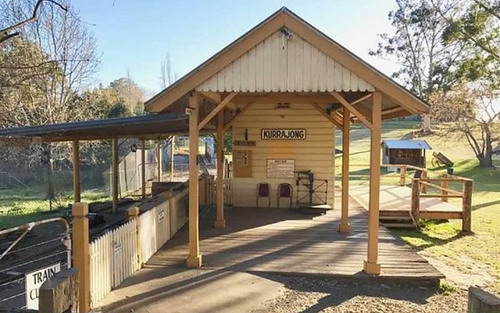 If you want to know more about the line a fantastic resource is the book titled 'The Pansy' by the Kurrajong-Comleroy Historical Society.   You can purchase this from the Hawkesbury Visitor Information Centre by calling 02 4560 4620 ($12 plus postage) or contacting the Society directly.

The Society also does an extremely popular guided walking and bus tour of the line a few times a year.   This gets booked out quickly so keep an eye on their Facebook page for new tour details.