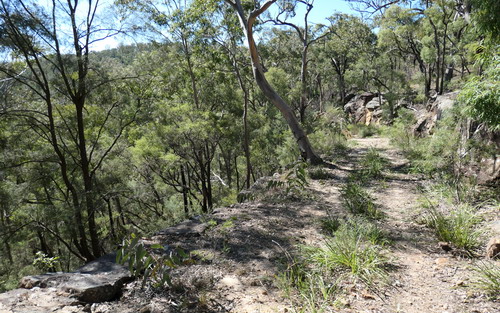 Many people are familiar with the Great North Road Convict Trail walk at Wisemans Ferry.  The most well-known section goes up Devines Hill - this convict constructed track was built between 1826 and 1836 and originally stretched from the Sydney suburb of Five Dock to the Hunter Valley.  Devines Hill is a great track to take children or more 'casual' walkers.  There are fantastic interpretative signs, it's not too demanding and you can go as far as you want and then turn around.  Plus for the kids whinging on the way up it's all downhill on the way back with bribes of icecream at Wisemans Ferry!

If you've done the Devines Hill walk and enjoyed the area,  Shepherds Gully Track is a quieter, shadier circuit walk that's more like a bushwalk with history thrown in.  Plus if you have two cars and are willing to do a car shuffle you can combine it with Finchs Line Track.  This would make a fabulous high traverse of the Great North Road taking 5-6 hours to complete.

If you are interested in the history of the entire road there's a fabulous resource booklet called 'Explore the Convict Trail'.  It's out of print but limited copies are still available from the Hawkesbury Visitor Information Centre, 328 Hawkesbury Valley Way, Richmond for $12.  You can also purchase it over the phone and we can mail it out (Ph.02 4560 4620).

We also stock a free map of the entire Great North Road to the Hunter Valley. 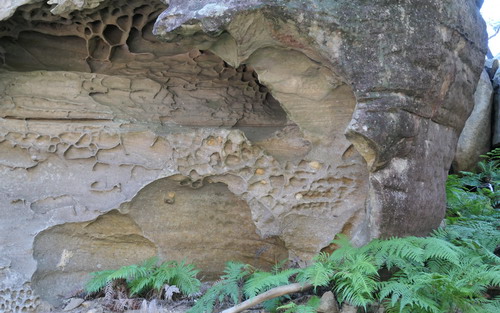 To get to the start of the walk go north across the main vehicle ferry at Wisemans Ferry and then immediately turn left.  Follow Settlers Road for 8.4km winding along the Hawkesbury and then the Macdonald River.  You'll pass the impressive Devines Hill gated entrance on the way. Continue to follow Settlers Road where the old Shepherds Gully Road comes in on the right.   The dirt track is signposted and has a vehicle barrier - leave your car here.

Both Shepherds Gully Road and Sternbecks Gully join at the top of the ridge just near the top of Devines Hill.  Both tracks are well signposted so navigation is not an issue.  Interpretive signs outlining the gullies history are plentiful. 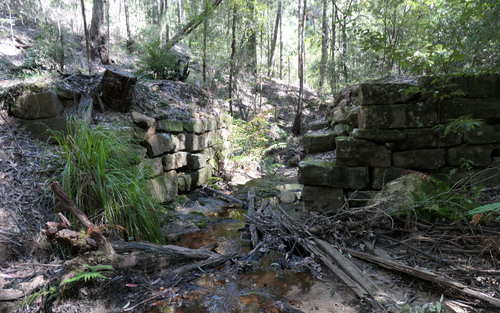 Difficulty: the walk is easy and well graded on a formed track. There are signs and interpretive panels along the way. Take drinking water and a hat.

1. After leaving your car on Settlers Road follow the wide track behind the vehicle barrier.  The track starts to climb gradually up the gully. You'll notice a damp, shaded creek gully on the right - this is a pleasant stretch on a hot day.  Look out for rock orchids and the impressive Gymea Lillies.  There are also some fabulous rock overhangs and boulders along this stretch too.

2. After a kilometre you'll get to a marked intersection.  The main Shepherds Gully goes straight whilst the Sternbecks Gully track heads off to the right over the creek.  We would recommend heading up the main track first and return via Sternbecks Gully which is cooler and offers more shade.

3.Continue following Shepherds Gully Track as it winds its way to the top of a much sunnier ridge.  The gradient is steady and you'll hardly notice that you are climbing.  At the top of the rise the Sternbecks Gully Track rejoins on your right (your return route) and the Devines Hill locked gate appears.

4.You have two choices now.  For those that have done a car shuffle head left to combine the walk with the Finchs Line Track (4-5 hours one way).  The other choice is to do a short return side trip down Devines Hill to Hangmans Cave - this would be 20 minutes return.

5.Return to the top intersection and follow the signposted Sternbecks Gully track.  The walk back is very pleasant as it gently zig zags down the hill - keep an eye out for convict constructed stone walls .  At the base in the shady rainforest you'll cross a small creek with the remains of a convict constructed bridge.  Just beyond here rejoin the main track taking you back to your car.